As a member you are entitled to open and download these PDF files. Please do not publish them on web sites that are freely open to the general public.

Members which are institutions such as libraries may make them available on-line only to their members and may print copies.

Edited by J. A. Hilton, A. J. Mitchinson, Barbara Murray and Peggy Wells.

Bishop Leyburn's confirmation register of 1687 is a unique document, listing the names of the people whom he confirmed on a tour which took him from London to the Northern heartlands of English Catholicism and back again through the Midlands. It provides, therefore, a picture of the English Catholic community when, after a century of persecution, it emerged under the Catholic King James II into a brief ascendancy, which was followed by another century of persecution.

This edition was published in 1997 and is now out of print.

by Peter Doyle, a former student and teacher at the College.

This book was published in the summer of 2018 and is now out of print.

Please note that it is a big file - approximately 22 MB.

An essay by J. A. Hilton, first published in Catholic Englishmen, Essays presented to the Rt. Rev. Brian Charles Foley, Bishop of Lancaster in 1984. 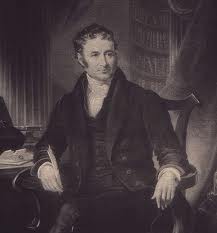 John Lingard (1771-1851), priest at Hornby in Lonsdale (1811-51), eminent historian, and leading campaigner for the restoration of the English hierarchy.

A Biographical Dictionary of the Secular Clergy of the Archdiocese of Liverpool (Deceased), 1850-2000
by Brian Plumb

‘We will build as far as we have the means’: Raising Saint Walburge’s, 1850 to 1866 by Tom Smith. The story of the building of St Walburge's church in Preston, Lancs.